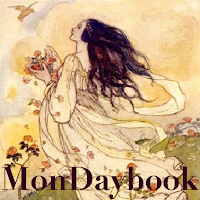 Finding inspiration and encouragement for the week ahead!

Excuse the gimmicky title and hastily-put-together picture - I might try to improve both at a later date.

A book I am planning to read this week: The Iliad, by Homer.

My goals for this week: to try at least 3 new recipes, and to clean my room.

Something I was blessed with last week: attending the library sale!!

Something I am looking forward to this week: (maybe) seeing Beauty and the Beast in 3D!

An inspiring picture/piece of music:

Posted by The Editrix at 9:59 AM 4 comments: Links to this post

I was lucky enough to attend a library sale a couple of days ago (thank Erin!). Books were $6 a bag (savvy bookworms brought large cloth shopping bags, and carefully packed as many books into each bag as possible). Childrens' books were free. I went armed with about 10 bags (just in case), and enough cash to fill them all (just in case). After spending the whole morning rummaging, I came tottering out of the building, carrying two VERY heavy bags crammed with books - together with a smaller third bag and my hand bag. I didn't know I possessed such strength! My biceps are still sore now. For the sake of books, even the weakest bibliophile finds strength and determination they didn't know was in them. I suppose I could have just been sensible and carried them out to the car one bag at a time. . . hmmm. . . yes. Too late now.

Moving on: it is time to show off my spoils! As I mentioned, I bought just the two bags of books, plus a third bag of free children's books, bringing my total expenditure to $12.

Posted by The Editrix at 8:05 PM 8 comments: Links to this post

As I've been working on my Period Drama Index, I usually write a brief review of each film or series. I try to keep each review to within a few sentences, but sometime they stretch into several paragraphs. . . such was the case here. I thought I might as well share it as a proper blog post, rather than let it hide away in my work-in-progress Index pages.

Michael Kitchen as Mr. Brownlow with Sam Smith as Oliver

In my opinion, there has been no one truly definitive screen version of Oliver Twist, though there are several pretty good ones. The 1999 adaptation, a four-episode, six-hour miniseries, is the longest, most complete adaptation. It expands on the backstory of the novel in a major way. If you've ever been confused by any plot points of the story, this series should clear a lot of things up for you! The first episode - or two, I can't quite remember - deal solely with Oliver's origins, and where and how Monks comes into the picture.

It is a very adventurous adaptation, but in some aspects I felt it missed the mark. The portrayal of the Artful Dodger/Jack Dawkins was off. The backstory part of the series dragged on for too long - 30 minutes or so would have sufficed. And I had mixed feelings about how the characters of Monks and his mother were written. Here, Monks himself is a victim, while his mother is the true villain. It's an interesting interpretation, but I prefer my Monks to be more threatening and ambiguous - that is, after all, the point of his character.

On the other hand, this adaptation has the best, the scariest Bill Sikes ever (played by Andy Serkis, who definitely has a gift for playing creepy Dickensian - oh, and Tolkienesque - villains); and probably the most moving and disturbing murder scene of any Oliver Twist adaptation.

One other point of interest is the proliferation of talented actresses who starred in this series at an early stage in their careers: Isla Fisher as Nancy's friend Bet, 19-year-old Sophia Miles as Oliver's mother, and a 14-year-old Keira Knightley as Rose.

This Oliver Twist is definitely not for little ones, but for older fans of the book, or anyone looking for a good Victorian-era period drama, it is definitely worth a look. Stars Sam Smith, Michael Kitchen, Robert Lindsay, David Ross, Julie Walters, Marc Warren, Lindsay Duncan, Emiliy Woolf, Andy Serkis, Keira Knightley, and Alun Armstrong.

My rating: 3 out of 5 stars. Recommended for teenagers and up, and there are a few uncomfortable scenes that you may want to skip.

Photos - unfortunately most of these are very small, though there are a couple of bigger ones:

Posted by The Editrix at 8:48 AM No comments: Links to this post 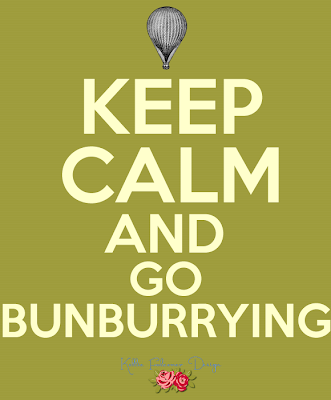 From Accordion to Kelly
Posted by The Editrix at 8:04 AM 4 comments: Links to this post

Email ThisBlogThis!Share to TwitterShare to FacebookShare to Pinterest
Labels: Just for Fun

I have amazing followers. :-)

I am currently going through my followers list for the first time in way-too-long, visiting every one of you who has a blog. I have been humbled and amazed! I've enjoyed making many new acquaintances, and I look forward to getting to know all you wonderful people better - new friends and old friends alike, in Hungary, Italy, America, Germany, Canada, Australia, or wherever you may be!

Names! Always such fun to discover, discuss, and make lists of - even if you're not having a baby!

What kind of names do you like for boys? And for girls? What sort criteria would you consider when choosing a name? Here are some of the things I would take into consideration:

1. If my baby were to someday marry a royal (I am speaking hypothetically, of course), would his/her name be appropriate? Would it be a suitably regal, timeless name? Or would it be. . . an embarrassment? This is something that particularly struck me around the time of William and Catherine's wedding last year. Thank goodness Michael and Carole Middleton had the good sense to name their daughter Catherine, rather than (. . .)

2. Does the name have a positive meaning? An - er - meaningful meaning?

3. Is the name aesthetically pleasing? Does it have a pleasant sound when spoken aloud? A pleasant appearance when written down?

4. How common is the name? I would probably try to avoid names that are overwhelmingly popular. Unfortunately, there are a lot of names I really like that are currently in the Top 100 here in Australia! Australian parents actually have decent taste in names, at the moment - with a few notable exceptions, such as Jaxon *cringes*.

5. Last but not least, does the name have pleasant associations? This criterion can be particularly frustrating. Even if a name ticks all of the above boxes, it may still have negative associations in the mind of the public - or in my own mind. I used to like the name Bella/Isabella. . . before a certain series of books came along. I used to like Edward, too - before that same series of books came onto the scene. And I used to like Julia - before our current Prime Minister became Prime Minister.

So, what sort of names do you like? Quirky, or classic and elegant? Vintage, or contemporary? Share some of your favourites, if you want to!

My new favourite baby name site is the alarmingly addictive Nameberry. It has commentary on 1000s of names, and 100s of lists to browse through.
Posted by The Editrix at 9:16 AM 11 comments: Links to this post

Email ThisBlogThis!Share to TwitterShare to FacebookShare to Pinterest
Labels: Just for Fun, Life

I've just been going through all the blogs that I follow/subscribe to, and about two-thirds of them have been inactive for years. Words fail to express my feelings on this occasion, so I resort to emoticons. :-o  :-(

I really HAVE been out of the blogosphere for a while.
Posted by The Editrix at 10:13 PM 4 comments: Links to this post

This review comes a week or two too late, since anyone interested in Hollywood's latest fairytale offering, Mirror Mirror, has probably already seen it. But I thought I'd do a brief write-up regardless.

Mirror Mirror is a retelling of Snow White, starring Julia Roberts as the evil stepmother Queen, Arnie Hammer as Prince Alcott, and Lily Collins - daughter of musician Phil Collins - as Snow White herself.

I have been looking forward to this film for over a year - ever since the first publicity photos emerged last year - but going in to watch it last week, I had fairly low expectations, having read a lot of mixed reviews. I anticipated a silly, though hopefully pleasant and amusing 90 minutes.

Here ends the sensible part of this review, and here commences the fangirly part. Here is an approximate summary of my thoughts as I walked out of the cinema after watching Mirror Mirror.

There is some slightly more grown-up humour in parts of film, but for the most part, Mirror Mirror was sweet, innocent, fun, funny, and bursting with colour. A delightful confection, a bona fide feel-good movie. Was it silly? Yes. Did I love it? Yesss!!

As well the occasional cheeky humour, some parents may also be concerned about the "magic" element in this fairytale film. Only the "bad guys" use magic, and it's always portrayed as evil, but there were a couple of scenes that might be a bit much for little ones. Mirror Mirror is marketed as a family film, but I'd say it's more of a teen movie. . . age 10-12 and up. If you enjoyed recent fairytale films from Disney - I'm thinking of Enchanted, Tangled - you'll like Mirror Mirror, though needless to say it isn't of the same calibre of Tangled, or the classic Disney princess movies.

Nonetheless, it gets two thumbs up from me! I adored this film. . . as I am sure you've gathered, so I'll stop now.

If you've seen Mirror Mirror, let me know what you thought! And if you have any recommendations for quirky fantasy or fairytale films, please share them!

Posted by The Editrix at 7:16 PM 5 comments: Links to this post

Update: having used up my 1 GB of free storage on Picasa, I will henceforth be uploading pictures to my Photobucket account - so click here for hundreds more images.

Books I have recently mooched: Give away your books at BookMooch.com

Where I live, the time is currently. . .